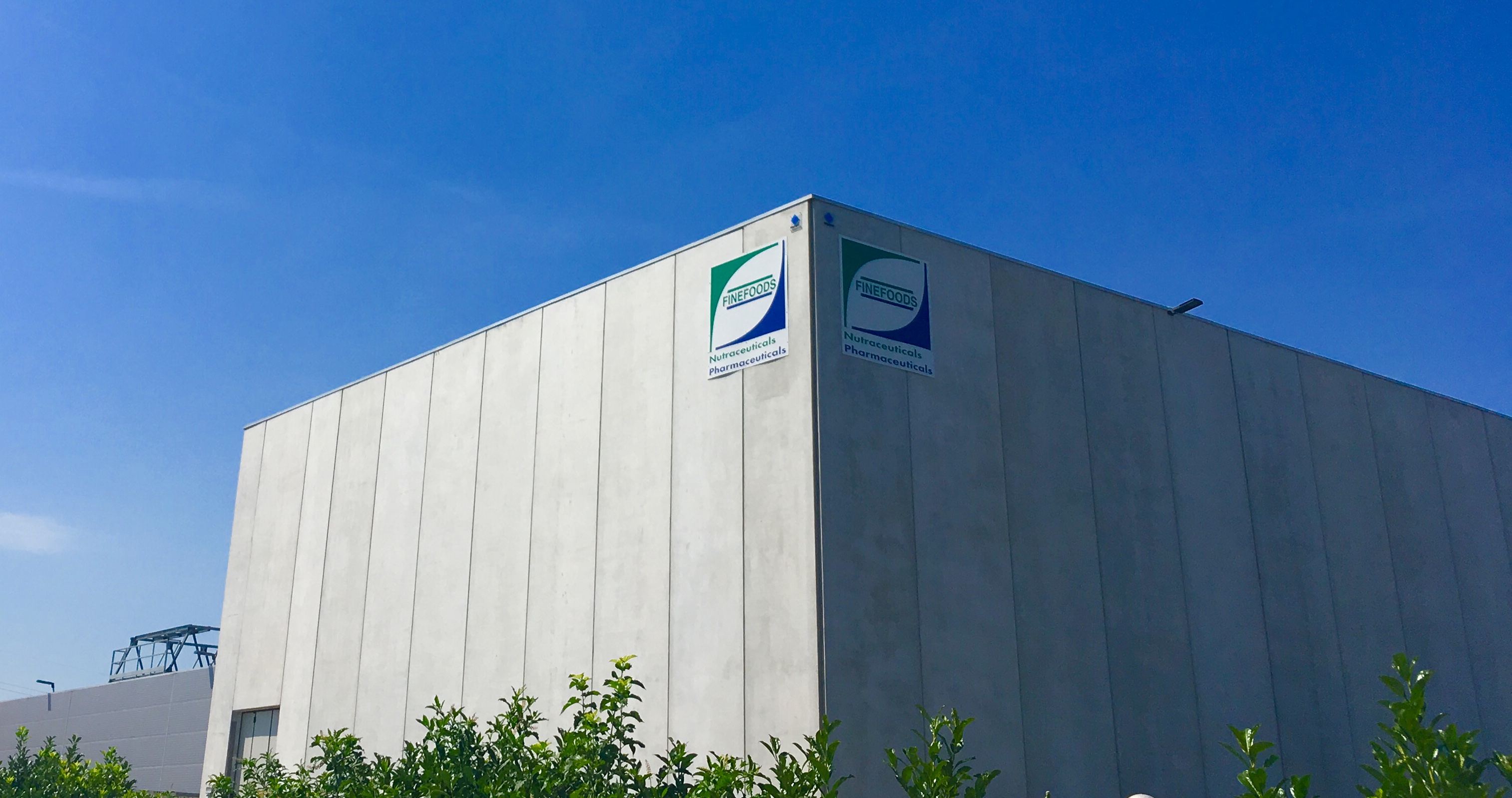 Fine Foods’ keyword is expansion. The company, well known in the pharmaceutical field, has in fact made use of the professionalism of Magnetti Building for the expansion of its production site in Brembate and Verdellino. Excellent payload performances, excellent thermal insulation and technological coverings of great visual impact are the results obtained thanks to this prestigious partnership.

Magnetti Building, company in Bergamo specialized in prefabrication, was the protagonist, together with the design studio of Arch. Zambelli Fabrizio in Bergamo, with the structural engineer Ing. Davide Arrigoni of Bergamo and with the company Paris Giovanni of Brembate, of the expansion of the Fine Foods & Pharmaceuticals production site. Fine Foods is the European leader in third-party production of solid oral forms for the pharmaceutical, nutraceutical and medical device industries. Fine Foods had already been working on an ambitious business development project with the aim of integrating new production lines, research laboratories and increasing warehouse space. It is precisely for the construction of new buildings in the Brembate and Verdellino offices that Magnetti Building’s expertise comes into play.

Founded in 1985, Fine Foods is the benchmark in Europe in the production of food supplements for third parties, entirely developed in the Verdellino plant. At the same time, the company is also a leader in the Italian pharmaceutical market for solid drugs for oral use, in particular single-dose sachets, tablets and hard gelatin capsules, made in the Brembate site. The first of the two interventions carried out by Magnetti Building focuses precisely on this last plant, with the construction of the warehouse and the technical building.

In fact, the first step of the wider expansion project involved the renewal and upgrading of the Brembate plant, which required additional production space, research laboratories, warehouses and offices, with the aim of making it the main logistics site. The second step, carried out a few months later, concerned the Verdellino plant instead. A much more complex intervention that focused on the construction of a multi-level technical building, a warehouse as a connecting body to the existing structure and another warehouse placed at the head of the new production complex. It is precisely in this double intervention that Magnetti Building has demonstrated all its experience, supporting Fine Foods in all the design phases, from consulting to the definition of the most suitable structural solutions to enhance the new sites.

For the warehouses, the roofs were made with Tecnoplan, pre-finished streamers with high performance insulation and TPO fabric. These elements create a technological coverage and at the same time a high aesthetic impact. As far as technical bodies are concerned, the demand for significant overloads due to the presence of the systems is one of the aspects that Magnetti Building had to face for the construction of the building, responding with solutions that were able to best satisfy the needs of the client. The answer has been identified in the Omega tiles, which allow to obtain reduced thicknesses with great flow performances, creating a partially flat slab on the intrados, where the implants found their natural space between the ribs, which for Fine Foods are the production pulsating heart. Finally, the perimeter infill walls have been realized with prefabricated thermal break panels with high insulation performance with external finish in white concrete with shutters that strongly characterize the geometric scanning.

This is an extremely positive result for Fine Foods that, thanks to the professionalism and technical solutions adopted by Magnetti Building, has created its new buildings where technology is combined with aesthetic pleasantness.

Would you like further information or to speak with a consultant?

Get in touch with us